PRESS
The On-going HISTORY OF FRANKIE

Boxcar Ben is a one man blues-rock band hailing from Hamilton, Ontario. With dynamic elements of classic rock and heavy blues influences shining through his moody guitar work and a raspy melodic voice woven throughout.

Born in North York General, Benjamin Allan was a high energy kid. Early on banging on garbage cans like drums at yard sales, and drawing as soon as he could hold a crayon it was very evident to his parents that Ben showed creative promise. 5 years after his birth Ben’s father took a job in Parry Sound, ON and moved the family up, and as the song goes Ben "grew up in north Ontario" and was introduced to musical instruments at a young age, first being immersed into piano lessons. Very quickly it was apparent that Ben’s energy level demanded something a little more kinetic. At twelve years old he was introduced to a cousins hand-me-down drum kit. The connection was almost instant and much to his (very supportive) parent’s dismay, the noise started and never really stopped. Eventually Ben discovered his father’s acoustic guitar and fell in love with melody. After countless basement jams, cover bands and dive bars later eventually Ben built up the self confidence to perform on his own and took his music back to the big cities.

In 2010 Ben fell in love with the woman of his dreams and began a life with his muse and partner Ruby. Working hard to start a life together the Allan’s found work and bought a house in Hamilton, Ontario together (a city Ruby had previously lived in). Just prior to which Ben had performed at an open mic on Locke St and fell in love with the city almost immediately. As life does, it took some time before the pair fully immersed and integrated their lives into the city, a love affair that would only strengthen with time. During this time Ben auditioned and began practicing weekly with a band in Mississauga as the lead vocalist, after some time together the group decided to go their separate ways and Ben was left feeling a large gap in his life. A gap that unfortunately became much larger with the news of a friend that passed away suddenly in the winter of 2017. It was in this low moment that Ben picked up his guitar and began pouring his feelings into song writing again. A catharsis that would prove more valuable than he knew at the time.

In 2017 he released his first EP “Steel City Streets” under the name 'BOXCAR BEN' which he performed on the streets busking for Hamilton’s monthly Art Crawl in front of a number of Hamilton's very supportive business'. His set consisted of instrumentals playing most of his guitar riffs in open tuning using a slide like a lapsteel while sat atop an old suitcase he affixed a kick pedal to the front of, almost immediately began to turn heads. So inspired by this he began to perform open mics downtown almost weekly and started to develop his ‘one-man-band’ busking inspired sound, eventually working up the courage to sing in front of people again. Starting with a song he’d written while living in Parry Sound; “Railroad Blues”. In 2018 Ben wrote and recorded a live off the floor album that showcased his energetic grunge fueled blues-rock sound entitled “Frankie and the Devil” getting its title from his suitcase amp/kick drum hybrid nicknamed after Frankensteins monster, Ben dubbed the creation “Frankie” for short. Gaining momentum with his new music, unique stage presence and building a local following Ben began to perform opening sets at nearly all of Hamilton's music venues. Showing no signs of slowing down in 2019 Ben recorded a second album of songs. After years of investing in music equipment, Ben recorded and produced an album of songs featuring a full band sound but of which he played every instrument. "Fragments" was released during Hamilton's Supercrawl festivities on a night when a lightning storm forced a huge crowd of people inside of the venue Ben was debuting his new album. Solidifying his blues rock sound as well as stepping into uncharted sonic realms, Fragments quite literally opened doors for Ben in the local music scene. Boxcar Ben spent the rest of 2019 performing, learning valuable marketing techniques, networking and honing his music business skills. Trajectory was high and the crosshairs were on target, but 2020 had other plans for musicians (and all of us), and when the Pandemic hit Ben did his best to pivot into the online world of live streaming and connecting with his local scene in a whole other way. Pandemic aside in 2020 Ben released two singles (one of which made it into regular rotation on local college radio) and an acoustic album (of songs Voted for by his fans). 2020's 'Vantage Point' featured a brand new song called "Jumping" which was accompanied by a music video release later in the summer that has climbed to over 15k views on YouTube. With plans in the works to release more music, videos, art, & performances, Ben is showing now signs of slowing down.

Artwork has always been a big part of Ben's life. At an early age showing promise in visual arts and having excelled in high-school art courses Ben decided to attend college for Fine Arts during which time he became infatuated by the ancient art of Tattoo. After pursuing a career as a tattoo artist for a number of years eventually Ben found his heart was just not in the work and that he would not continue to tattoo. Music was always calling, weaved throughout every experience of his from a young age eventually winning out over every other pursuit. However, directing all of his music videos and album artwork has been a priority of his. "Maintaining control over the visual aspect is mainly a side effect of being really OCD about every aspect of the Boxcar Ben-iverse"

During the pandemic lockdowns Ben found himself exploring every method of coping and self healing available. Exercise and meditation became a daily practice that lead him on a wellness journey that opened parts of himself that had felt dormant. Painting and drawing again Ben found himself falling in love with the process of creating visual art again and with the encouragement of his muse and life partner Ruby, Ben decided to share his art again. Now fully integrated into his musical world, Ben's artwork is becoming almost as recognizable as his song writing. 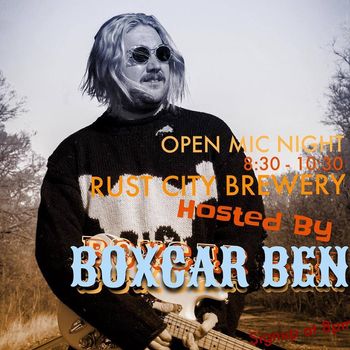 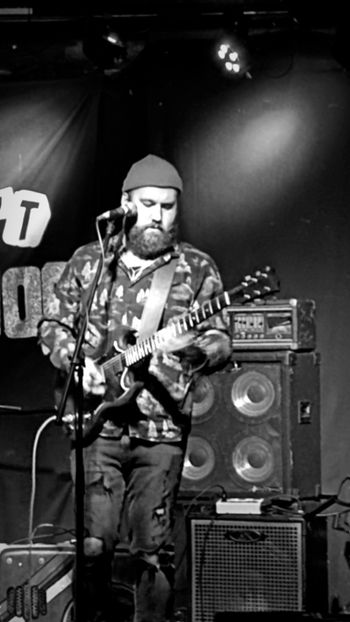 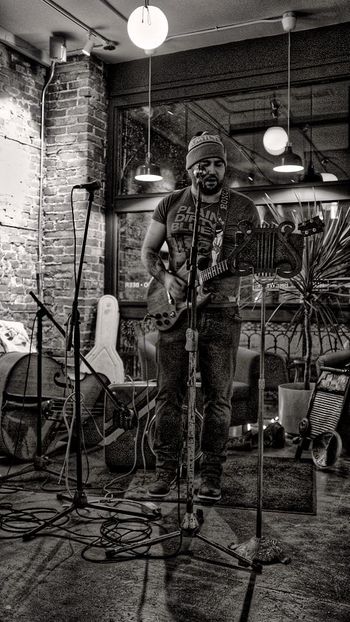 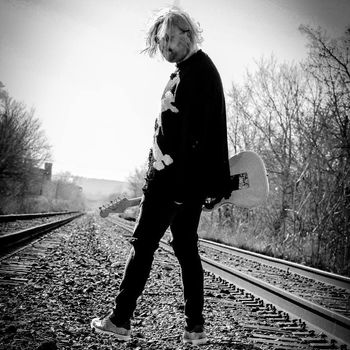 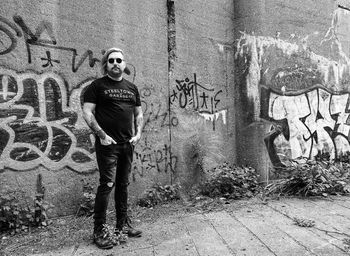 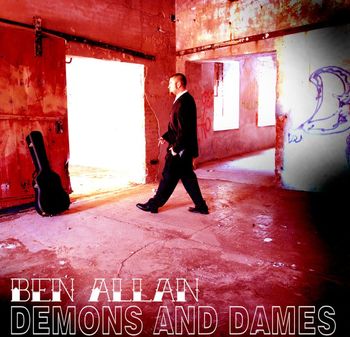 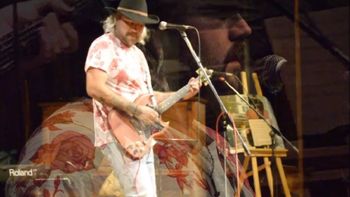 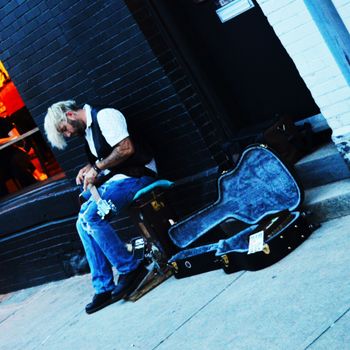 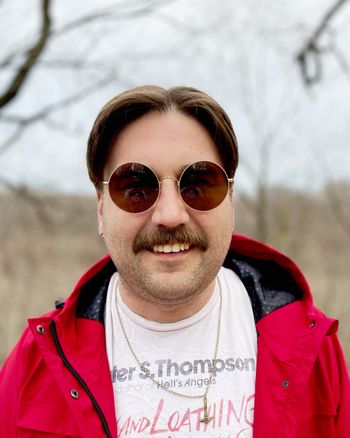 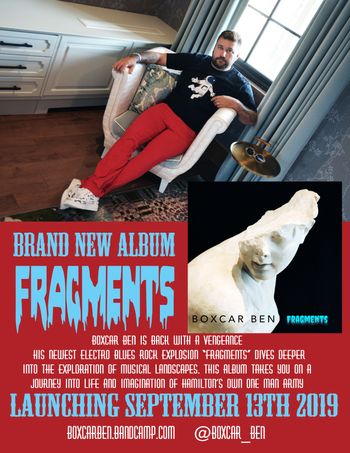